And the characters talked like that: "As you know Bob, the shogunate is bad and needs overthrowing big time. That's why I read this book. As the domains take sides, strive for power while at the same time trying to prevent their rivals from gaining power, a driven few will see that enemies must unite, and that change must come, whatever the cost. There are plans and schemes, battles and pilgrmages as Japan is dragged into a new future. One of the domains older warriors accuses the younger ones of thinking too much about the future, rather than how to achieve it, but as Tsuru struggles to see chances for herself in the old world or the new, she wonders if they think about it enough.

I read on and eventually managed to remember about four characters, only for them to die or change their names completely. But names aside I loved this book, Lian Hearn has crafted a deep and rich painting of 19th Century Japan, and you can almost feel her passion for the country and this particular period in the narrative, which sees Tsuru have an incredible life that is buffeted by great sadness but which sees power restored to the Emperor and the birth of modern Japan.

Like many of the other reviewers, I very much wanted to like this book. I'd purchased it in Australia based on its beautiful cover, but more importantly, on the delightful fun I'd experienced while reading the author's Tales of the Otori. And, I'd set it aside to read when I'd finished a huge work project as a reward to myself.

Checking the reviews, I made sure I paid attention to all of the Japanese character and place names to avoid confusion, and did enjoy the first quarter of the book. My ta Like many of the other reviewers, I very much wanted to like this book. My take on the rest If I were the editor, I'd say that either Hearn chose the wrong main character to tell the tale of this rebellion.

Or, she really had two stories here--a young Japanese woman who cannot in her day be a doctor as she desires AND the rebellion story.

The book goes flat as she struggles to do both justice. I thought this was a wonderful book.

It's a twist on the story of the girl who cuts off her hair, puts on her brother's clothes and goes off to fight in the wars. But Tsuru isn't a stereoptypical female warrior, instead she disguises herself as a doctor and sees the fighting from the other side. The book is set in the years leading up to the Meiji Restoration when there was a lot of civil unrest in Japan and some fighting against Western powers but there's a mental struggle going on as well betw I thought this was a wonderful book.

The book is set in the years leading up to the Meiji Restoration when there was a lot of civil unrest in Japan and some fighting against Western powers but there's a mental struggle going on as well between the desire to preserve traditional culture and the need to embrace new knowledge.

I really like the fact that Tsuru isn't the sort of heroine who has to flee a wicked step parent or a forced marriage. In fact she comes from a loving family and is married to an open-minded, forward looking doctor. This colours the lens through which we see her world.

I got to feel quite fond of her 'mad' patient Eikaku whose crazy fits actually provide her with the means and impetus to change her life. I found this book to be really hard work, and kept trying to work out why. I think that the scope of the work coupled with the historical detail and the limited description or explanation of the physical and cultural world were at the root of my difficulty. The huge number of names of people and places were overwhelming, and given that so many people changed names it was hard to keep it all in my head.

I was disappointed because I have a strong interest in Japan, have been there twice, and know I found this book to be really hard work, and kept trying to work out why. 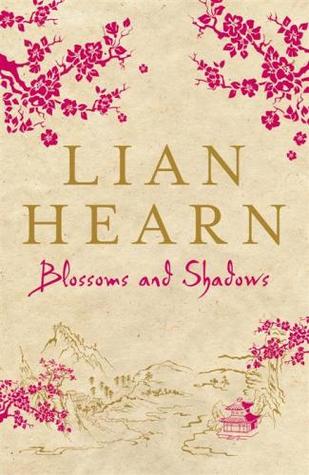 I was disappointed because I have a strong interest in Japan, have been there twice, and know lots of Japanese. I thought it started well, interesting story but then it had so many characters and I was lost as to who was who. The blood and killing was just getting long in the tooth. Somehow I thought the main character wanted to be Yentl in a Japanese form. It was not a lip biting experience. Not the sort of story I would enjoy again. I found this a very slow read - while the book is very informative and is based on actual events, the story jumps around alot and is told from different charecters perspectives.

In parts the book was interesting and well written. In others, it droned on about the politics, mentioning characters that it was impossible to keep track of who was who, and who did what.

However it was sparing. It was all a bit of a let down of a book. Because every time when I gave a book 3 star, goodreads thought I like that book, so this time, to make it clear, I'm gonna give this 2 stars only. I admit I totally bought this book because of its cover.

A celebration of Japanese culture.

And what a fool I was! Instead of a nice, romantic story, I've got a boring story about historical Japanese war. Back then I didn't know Lian Hearn and her cold, cold way of killing characters without the blink of an eye. Totally too dark compared to the cover art. And the romance in Because every time when I gave a book 3 star, goodreads thought I like that book, so this time, to make it clear, I'm gonna give this 2 stars only. And the romance in this book makes me flinch every time I think about it. I just don't like this book at all. This was years before I read Across the nightingale floor, but I don't think I will change my mind.

Geisha were and are artists, are paid for conversation, singing, playing shamisen and other instruments, dancing - and the same person was not allowed to be a geisha and a prostitute at the same time during the times shown in the book this was illegal as per the laws made by the shogunate. If geisha weren't shown as prostitutes - and there were no Japanese language errors in the book - I would have rated it 5 stars as I enjoyed it a lot.

Less history, more story would have made a better book. The author of the Tales of the Otori knows how to tell a story, but those skills weren't foremost in this book, which gives the reader too many details about the events leading to the Meiji Restoration without tying them to her plot. I Liked this book, very political and it is very clear how much research went into it, it wasn't as exciting as i was hoping for, but it was moving and you got a real sense of being there with the character and experiencing the realities of war and the political turmoil of the time.

If you love historical books and the politics of countries changing then this book is for you. Found this interesting for a number of reasons. Firstly, it's set in a period of Japan's history that is critical to it's development. Secondly, the cultural mindsets and the conflict between the old and new ideas in parallel with the conflict between the gender stereotyping provides a fertile ground for story lines. It keeps you reading to see what is going to happen. This book was Well, it was interesting enough, for what it was But I don't think I'll be surprising anyone when I say it doesn't have a patch on the Otori series.

The story itself was Blossoms and Shadows' weakest point, with consistently poor pacing, underdeveloped characters, and a heroine I felt very little for in the way of sympathy or support. Huge chunks of the book felt like they dragged on forever without anything of interest or import actually happening - you could literally have pulled out whole chapters, and nothing of value would have been lost.

It didn't help that the utterly Olympian cast of characters essentially boiled down to a whole host of tongue-twisting names with no substance to back them up. There were a sparse few names I could link to any actual character, meaning that more often than not I had to refer to the cast list at the start of the book to have any idea who I was reading about at any one time. I tried, in my mind, to give Lian Hearn some leeway based on the fact that this was a historical fiction book - it made sense that there would be a lot of characters, and it must be hard to develop fully fleshed out personalities for each of them.

But in the end that doesn't matter to me - what matters is I was kept from enjoying the book because I had no one in the story to connect with. Now some people might be thinking, "Wait, what about Tsuru? Yes, Tsuru had personality and character development and all that jazz, but how am I meant to sympathise with a character who is so unbelievably selfish? I found Tsuru very unlikable - she did not make a good heroine.

I can understand her wanting women to be equal to men, but the way she goes about it is akin to a kid having a tantrum. The fact that she willingly and repeatedly sleeps with her own uncle is creepy beyond words, and only serves to further remove her from my affections. Call it my Western mindset, call it my modern standards - I don't care.

There is no excuse anyone could give for this incest that would make me view it as anything but wrong.

http://amelunxen.de/plugins/11-wie-man.php I will say that as a lover of all things Japanese, I enjoyed how immersive the setting was - sometimes I could picture the scenes so clearly it was almost like I'd been there myself. Blossoms and Shadows also gave me a good feel for Japanese history around the time of it's Westernisation, though I couldn't always follow exactly what was going on for example, I never did figure out whether the 'young radicals' were for or against the foreigners in the end. They all wanted to kill them and drive them out, but then there were characters like Monta, who wanted to revolutionise Japan in their image too Very confusing.

Bottom line, it has it's ups and downs.

Overall, the story wasn't up to much, but the writing itself was beautiful. This book was a huge disappointment. I've really enjoyed Lian Hearn's Tales of the Otori series, and I'm a very big fan of historical fiction, so I was really looking forward to reading this book. I know basically nothing about the history of Japan, and was expecting this book to enlighten and entertain me about Japan in much the same way as Sharon Kay Penman has about England under the reign of Henry II.

Alas, it was not to be. Lian Hearn should stick to writing lightweight fantasy novels and leave This book was a huge disappointment.